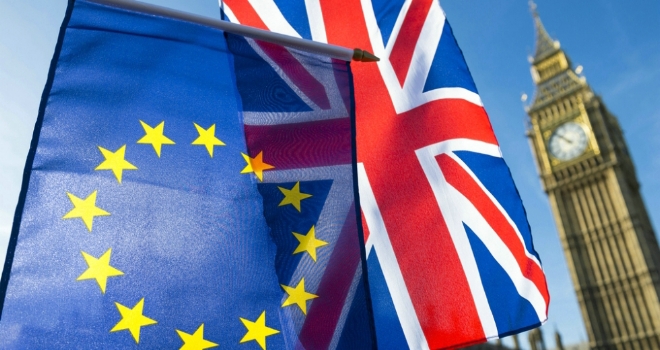 "What should financial advisers and commercial brokers know about this new world of dispute resolution to best advise their clients?"

As many international advisers will know, dispute resolution in England is second to none for serving the international financial and commercial community.

It has excellent judges, a stable legal system, the use of the English language, the benefits of the English common law, and the ease of enforceability of its judgments across the world. These benefits equally extend to arbitration; the English courts wholeheartedly support international arbitration as a method of dispute resolution, which makes England a very attractive seat. However, there are concerns about the effect of Brexit on the attractiveness of the English courts. With the commercial courts experiencing a dip in activity even before Covid-19 hit, what should financial advisers and commercial brokers know about this new world of dispute resolution to best advise their clients?

How has Brexit affected the English courts?

Brexit has certainly not helped English litigation and there were concerns that this might sway firms embroiled in international disputes away from making England their jurisdiction of choice. Advisers must remember that there is no longer automatic enforcement of court judgments between England, the EU and EFTA countries, which will make the enforcement procedure more cumbersome and expensive for clients and all adviser parties involved.

Additionally, the jurisdiction rules that applied to reduce the risk of parallel court proceedings in England and other EU and EFTA countries no longer apply to the UK. Whilst this may change from April if the EU agrees to the UK joining the Lugano Convention, it is in the hands of the EU, which appears to be reluctant to help England as a jurisdiction, regardless of the benefits that it would bring to EU and EFTA businesses and populations.

Conversely, international arbitration – whereby an independent arbitrator outside of the courts is appointed by both parties to make a decision on a dispute – hasn’t been directly affected by Brexit. The UK is a signatory to the New York Convention independently of the EU, allowing arbitral awards obtained in the UK to be enforced in many countries around the world. However, there is a concern that international companies could start to view England and the wider UK as being more marginalised. Advisers must be mindful that parties in dispute with their client may take this view and seek to arbitrate elsewhere. Is your client prepared for this outcome?

Importantly, this comes at a time when England was already facing increased competition for international disputes work, with several new international commercial courts established across the world in recent years. These courts are English-speaking, and some have managed to tempt English judges to them. However, the English judiciary is not giving up without a fight and continues to excel in promoting English courts for international work. In fact, a new cross-jurisdictional Financial List has been created to address the business needs of cases involving high value financial matters, and the Commercial Court has made deft use of its 125th birthday last year by promoting the work of the court and its international business profile. Furthermore, the UK Jurisdiction taskforce’s 2019 Legal Statement on Smart Contracts and Cryptoassets made a compelling case for the choice of English law for agreements involving these new technologies.

Covid-19 has obviously affected legal systems around the world. However, English courts have shown versatility in keeping commercial cases moving forward. The commercial court system quickly and seamlessly moved to virtual hearings, introducing responsive protocols and procedural changes to minimise disruption. As such, advisers would be wise to remind clients of the change afoot in the English system; as it becomes more ‘agile’ in the face of the pandemic, it is likely that there will be cheaper and quicker ways to settle disputes.

The English courts also place great emphasis on the importance of the parties trying to resolve their disputes, for example through mediation, without resorting to a trial. This approach is now further supported by the 2019 Singapore Convention (formally the United Nations Convention on International Settlement Agreements Resulting from Mediation). The Convention has 53 signatories and provides that if a settlement agreement resolving an international commercial dispute meets certain criteria, then its terms will be as enforceable internationally as though it had resulted from a court judgment or arbitral award. This is a welcome step forward for international disputes, playing particularly well to the English system.

As such, financial advisers and their clients shouldn’t be too quick to discount the UK’s legal system post-Brexit. That said, they must too be mindful of where other parties may be seeking to resolve a dispute in an increasingly competitive international landscape.

Finally, one might well ask, what next? With the advent of space tourism, could the Moon be a venue for a new arbitration institution or court system? The Outer Space Treaty of 1967 says space should be considered the province of all mankind. However, there have already been disputes about whether this stops individuals from doing so. But one thing is for sure – the best venue for resolving any disputes of this nature will be the English courts!