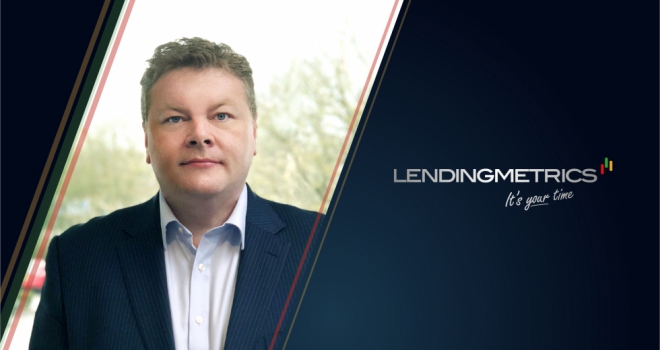 "The pandemic, and the resulting inability to conduct traditionally paper-driven, face-to-face loans, has forced commercial lenders to embrace the digital transformation."

The commercial and business banking sector has never exactly been an early adopter of technology.

The prevailing feeling has always been that businesses prefer a closer relationship with their bank over adoption of new technology and ease-of-interface. Unlike retail, the commercial lending infrastructure in place at most of our major lenders is designed around that fundamental truth: relationship trumps most other factors, and sometimes even surpass the cost of finance.

Although some will say that close relationships are its strength - especially those intermediaries for whom this is their USP - it has obviously also been a fault line.

It has led to sub-optimal systems remaining in place in this sector when they should have really disappeared years ago. There are, of course, new-entrant exceptions such as Capify, Iwoca and Ondeck, who have brought fresh new approaches to the sector, but the default has been paper trails, in-person visits, lengthy decisioning, and unrealistic demands placed on business owners’ time.

If the pandemic has shown us anything, it’s that when we have to, we are able and more than willing to embrace technology to make our business and working lives much easier.

The government’s multi-billion-pound SME business support package has been delivered in record time via swift online application and decisioning. There has been a tremendous effort involved in delivering this volume of finance to recipients in the shortest possible timeframe.

Infrastructure hurdles, such as building API integration and digitizing the front-end for borrowers, have now been overcome. FinTechs have worked with banking executives and civil servants, applying their expertise so that funds can be distributed to as many businesses as quickly as possible. This pace simply couldn’t have been achieved without new technology.

I’m not sure many of the enterprises now bouncing back would have been able to rebound quite so quickly, had they had to rely on booking an appointment with their bank’s business development manager.

The pandemic, and the resulting inability to conduct traditionally paper-driven, face-to-face loans, has forced commercial lenders to embrace the digital transformation. They all now recognize the long-term implication of the shift and understand that it is an imperative. Commercial finance providers know just how much it is going to transform traditional lending models.

For clients, it is going to mean easier, more self-service loan applications and faster, optimised approvals. For lenders, it will mean slimmed down back offices (focused on intervention that adds value rather than process), the ability to scale-up rapidly, and profit-maximising lending. They will be focusing on data as never before and be encouraged into ‘housekeeping’ their legacy data, benchmarking it against that of third party providers. This will provide them with more effective databases that can optimise their lending.

Because of this, I can see rapid advancement for commercial lenders and their FinTech partners in the years ahead. The rebounding of the economy is going to lead to a lot of SMEs looking for easy-to-access finance as they plan to meet growing demand. They are likely to prefer those channels that offer the quickest and best-value route. Something that just won’t be possible with more manually-driven processing.