Negative interest rates: if not during Covid, ever? 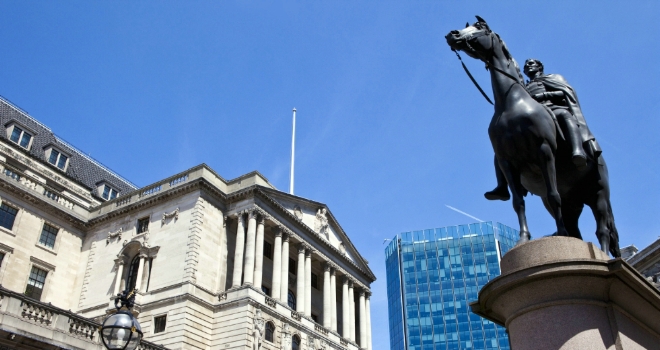 "For the corporate SME market, negative interest rates can have a direct impact on a company’s bottom line and margins."

2020 saw the Pound drop to the lowest level since 1985 against the Dollar, the significant driver of this was safe haven flow into USD. Whilst the dust is settling on the pandemic, in 2021 we are seeing the impact of Covid-19 on the economy in the data. The UK posted a GDP figure of -9.9% representing the largest economic contraction since 1709.

Despite the Bank of England cutting interest rates from 0.75% to a record low of 0.1%, the policymakers inside Threadneedle Street still have one unconventional policy tool in their arsenal, negative interest rates!

Negative interest rates aim to stimulate the economy through increased lending. When nominal rates are negative, banks and other financial institutions are charged for their excess liquidity held with the Central Bank. The incentive is to reduce saving and encourage borrowing, increasing demand for goods and services. This increase in aggregate demand therefore stimulates growth, helping drive an economic rebound.

The question of whether negative interest rates should be implemented in the UK has been a large talking point for investors and the broader market. Speculation began as the damage caused by the pandemic became apparent. The consequences of a negative rate environment have implications for everyone, from mortgage owners and savers, all the way to stock market investors.

For the corporate SME market, negative interest rates can have a direct impact on a company’s bottom line and margins. If the Bank of England cuts rates (or even indicates that they might) this has a depreciationary effect on GBP. Consequently leading to an increase in the price of imported goods. The contrary is also true, should the UK remove speculation of negative rates, the Pound is likely to catch a bid. Exporters in this instance are hurt by an increasing Pound, as their overseas revenue drops in GBP value.

In a time of such huge market volatility, hedging to protect from negative market movements must be on every CFO and finance directors radar. With most companies experiencing a thinning of their profit margins, providing certainty over budget rates and ultimately profits is more vital now than ever. Sadly, FX volatility in 2021 will see some companies move from profitable to loss making.

The UK on the face of it appears to have rebounded, posting +1% GDP growth in Q4 2020. This coupled with optimistic forecasts of 17.7% GDP growth in Q2 2021 has sent the price of sterling assets higher, with GBPUSD above 1.40 at the time of writing. UK SMEs have the opportunity to lock in exchange rates over the coming year at levels not seen since April 2018.

The UK is also in a different scenario to economies that have experimented with negative rates, inflation is not anaemic. Forecasts are for an inflation surge in 2021 on the back of a removal of lockdowns. The surge is fueled by an increase in spending funded by savings accumulated by households during lockdowns. Cutting rates now may stoke this further and cause inflation to spiral out of control.

So does the UK need negative rates in this crisis? Over the channel, the ECB has restrained from cutting further into negative rates, indeed after 7 years of negative rates, we still see inflation rates that miss the target for the Eurozone. Also worth noting that the UK is far more reliant on Financial Services (around 7% of GDP, in comparison to Germany at 3.5%), and negative interest rates would significantly hinder this sector’s profitability.

Our opinion is that the Bank of England would like to avoid it, if at all possible, and stay true to Governor Bailey’s comments in January. Whilst it is impossible to predict, it would appear that if the BoE has managed to avoid negative interest rates during this pandemic. With the end of the pandemics hold on the economy in sight, the likelihood of the current leadership's use of negative rates must be questioned.