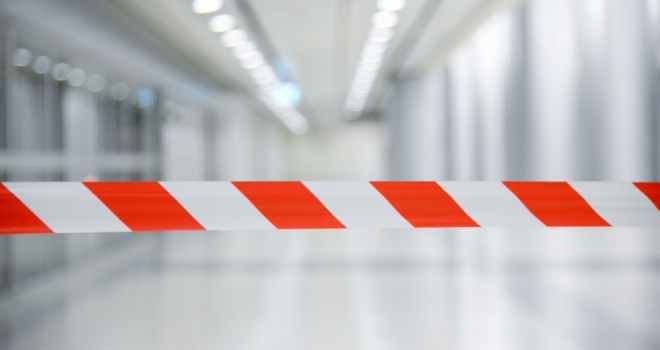 An in-depth cross-party Parliamentary inquiry has found SMEs in the UK are reporting significant problems in accessing finance and facing a £22 billion funding gap.

The evidence heard by the inquiry paints a stark picture of the impact of this gap, with SMEs and their representatives reporting significant problems in accessing finance, particularly acute for the very smallest and newest firms, companies run by Black and Minority Ethnic individuals, sectors such as building and hospitality, and businesses based outside of London and the South East.

In a statement, the APPG on Fair Business Banking said: "The UK’s current financial system is dominated by four large shareholder driven banks and is not fit for purpose to address growing inequalities. Following a turbulent year their dominance has only increased due to Government backed loans disproportionately being supplied by the big banks."

The APPG on Fair Business Banking is calling on Government to include proposals to achieve the following in its Levelling Up White Paper:

1. Deliver a strong local finance option for every business in the UK – by providing capital to regionally based CDFIs and mutual banks which they will then multiply by lending to thousands of local businesses, and also ensuring that mutuals can share resources in order to allow them to scale, as already happens in other jurisdictions. In the longer term, a mandated portion of bank lending should come through CDFIs in order to allow them to scale their offerings further.

2. Turbocharge the challenger bank and non-bank lending sector – these companies have provided welcomed challenge to the Big Four banks since the crisis, however they are hamstrung by regulation which needs to be urgently addressed, including by reform to the minimum requirement for own funds and eligible liabilities (MREL) rules and access to the Term Funding Scheme for non-bank lenders.

3. Unlock patient capital for growing companies – the Government should build on its welcome initiatives on unlocking patient capital from pensions funds and should copy an approach taken in France where a social usefulness criterion is used to unlock money for investment in long term, socially important companies.

4. Ease the finance application process to encourage borrowing for growth – by ensuring that business support services – such as through Local Enterprise Partnerships – are properly funded and the Bank of England continues to promote the use of Legal Entity Identifiers.

Kevin Hollinrake MP, co-chair of the APPG on Fair Business Banking, commented: “During the critical post-recession period of 2008 to 2013, total bank lending to non-financial businesses in the UK dropped by around 25%, during the same period in Germany, lending by the thousands of regional mutual banks (Sparkassen) and co-operatives increased by around 20%. This excellent report, distilled from significant input and evidence from a wide range of stakeholders makes the case for a completely different approach to business lending in the UK.”

Peter Dowd MP, vice-chair of the APPG on Fair Business Banking, said: “It’s been a tough year for small businesses across the country, as we recover from the global pandemic we also have the opportunity to rectify a number of inequalities in our financial system. The UK is the most regionally imbalanced country in Europe when it comes to the productivity of its economies, we need more investment in our regions to deliver a strong local finance option for every business in the UK. By enabling more patient capital and support for challenger banks and the non-bank lending sector we will boost productivity and give greater choice to SMEs”.

Sarah Olney MP, APPG on BAME Business Owners, commented: “The importance of SMEs to the British economy cannot be overstated. They are the lifeblood of our economy, employing more than 13 million people. They are also instrumental in innovation; helping to generate new ideas that can benefit entire industries. Yet by virtue of their size they have in large part been benefited in a year that has featured both Brexit and the pandemic. Now more than ever, providing fair access to finance is therefore imperative if our SMEs are to remain competitive, particularly if the Government is truly committed to its Levelling Up agenda. That must start with the ushering in of a far more effective model of finance, and one which guarantees a regional spread of opportunity and productivity across the country.”

Martin McTague, vice-chair of policy and advocacy at the Federation of Small Businesses (FSB), added: “Improving access to finance for small businesses remains an enormous challenge, but all the more important as we try to secure the economic recovery. In the upcoming Spending Review, FSB has already asked Ministers to extend or create a successor to the Recovery Loan Scheme, to put Start-up Loans on a long-term financial footing, and to improve regional and local pots of funding through the British Business Bank. Today’s new proposals from the All-Party Group are worthwhile and serious ideas that Ministers should also consider, if they want to make a real difference at this critical time.”