Half of SMEs are 'permanent non-borrowers' as uncertainty hinders growth 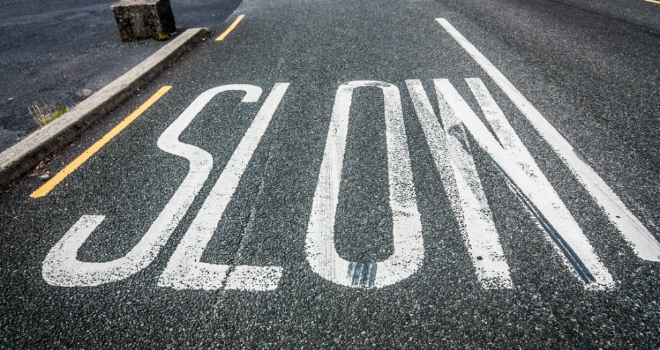 "Levels of innovation have declined over time and an increasing minority of SMEs say their business declined in size in the previous year."

24% of SMEs now see political uncertainty as one of the biggest obstacles facing their business, up from 15% a year ago, according to the latest BDRC survey of over 4,500 small firms.

Four in ten SMEs named political uncertainty, legislation and regulation or the current economic climate as a major barrier to growth in the coming 12 months.

Those SMEs that trade internationally were even more likely to be concerned about political uncertainty, with 37% of those who import and export naming it as a major barrier, up from 18% a year ago.

Conversely, just 5% of SMEs see access to finance as a major barrier to growth, while 85% of SME applications for finance are approved by lenders.

Despite this, demand for finance remains limited, with only 4% of SMEs applying for any new or renewed finance over the last 12 months and half meeting the definition of a 'permanent non-borrower'.

Shiona Davies, director at BVA BDRC, commented: “There were no dramatic changes in attitude in 2018, but SMEs showed signs of caution in the face of an uncertain future. 80% of those who applied for finance were successful but demand for finance remained limited - a combination of confidence, attitudes to finance, the availability of other funding (e.g. trade credit) and other factors (such as concern about the political and economic climate).

"It is also difficult to say with certainty what the impact of this might be on future business performance - levels of profitability are currently stable, and more SMEs are planning to grow, but levels of innovation have declined over time and an increasing minority of SMEs say their business declined in size in the previous year.”

Stephen Pegge, managing director of commercial finance at UK Finance, added: “This survey suggests many small businesses are increasingly concerned about the ongoing uncertainty over Brexit, particularly those that trade internationally.

“Through our ‘Let’s Talk Business’ campaign, we are providing guidance to help SMEs plan for the changes ahead and consider whether they may need any additional finance.

“The banking and finance industry has the capacity to support viable businesses whatever the outcome and lenders continue to approve over 85 per cent of finance applications from SMEs. We would therefore urge SMEs to be confident in approaching their bank and discussing any financing needs, and to get in touch early on to improve their chances of success.”