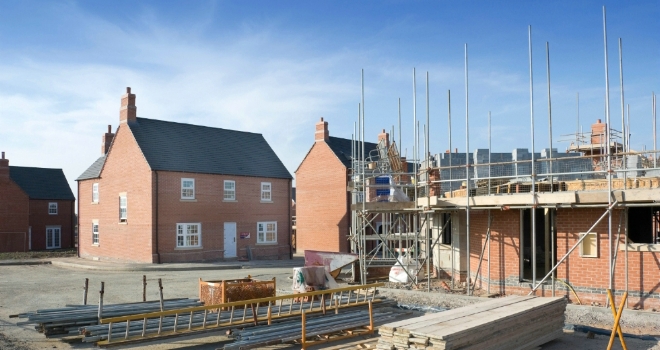 "The process has already started. In the last five years, the number of lenders offering development finance has increased by more than half."

Small housebuilders are on track to build 70,000 more homes a year in the coming decade as competition in the development finance market heats up, according to new research from specialist mortgage broker Mortgages For Business.

Mortgages for Business’s development finance specialists say the increased number of finance options available could boost housebuilding across the country. In the 1980s, small builders were responsible for 40% of the homes being built, compared with just 12% in the UK today. Lack of funding for SME property developers has been one of the key reasons. Availability and terms of financing for residential development have become extremely difficult for small house building companies over the past decade or so.

Paul Keddy, head specialist development finance at Mortgages for Business, said: “The process has already started. In the last five years, the number of lenders offering development finance has increased by more than half. Encouragingly the majority of these new lenders are for developers with relatively smaller deposits - companies looking to build six properties on a patch of land, rather than hundreds. The increased competition means lenders battle it out to top the tables, meaning developers are being offered increasingly competitive deals. That is set to have a direct effect on the number of new homes built in the next year or two - it will turbo-charge SME housebuilding.

“Over the last thirty years, but in the last 15 in particular, it’s been getting harder to access finance. Housebuilders looking to borrow between £2m and £5m can struggle the most to unlock funding. And you can’t build, build, build if you don’t have the money. On the other hand, small sites are consistently efficient in their delivery of new homes. Developers are crying out for the funding they need and, at last, it’s available. Given access to finance, we could be seeing the start of a new golden age for SME housing development - with the sector starting another 70,000 homes in the UK. This is not pie-in-the-sky stuff. This is what SME developers have been delivering within the space of my career. We are being conservative with our growth plans and we still expect to triple the number of development finance loans we write across our development finance desk in the next 12 months.

“The caution of high street banks is evident. Even the ones who are still in the game are running scared - for instance one’s lending at 45% of GDV and another’s lending at only 55% of cost. Once, clearing banks were lending at 4% - now they’re lending at up to 6%. That means developers must dig around to find the right loans. And their due-diligence and slow internal processes are slowing them down. Some clearing banks are taking up to 5 months to do deals. On the other hand, the right challenger bank can get a deal done in 2½ months. They’re just a great deal more agile. In a market where time is money, that is absolutely critical.

“The number of lenders getting into development finance shows how competitive the market is becoming. That means better criteria for developers, higher gearing and the chance to make more money. But this bifurcation of development finance - between the buccaneering non-bank lenders with appetite to lend up 70% LTGDV on the right scheme and the cautious, schletoric, traditional highstreet options - is conversely making it harder to navigate the market. Conversely, it’s harder to access loans because the market is no longer dominated by big-brand bank lenders. Non-bank lenders are increasingly important to the sector. These lenders haven’t been around for hundreds of years and don’t have the huge brands that developers recognise instantly. That means, even for experienced developers - but especially, architects and contractors currently working for developers who want to start developing - it’s actually harder to find the right funder than it was 15 years ago. Your best bet is to consult a specialist broker.”