Commercial property spending down £21m a day since 2017 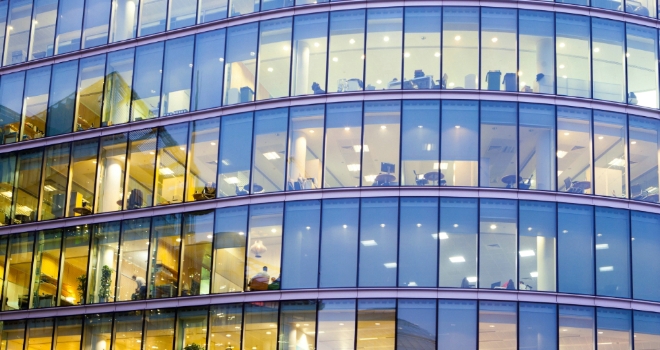 "Less commercial real estate business is being done this year as so much about the country’s economic outlook and future remains up in the air."

Brexit uncertainty has contributed to a £20.6m drop in the daily amount spent by commercial buyers across England and Wales since 2017, according to the latest report from Search Acumen.

Using the latest available HM Land Registry (HMLR) data, its analysis shows that commercial buyers across England and Wales have spent an average of £249m every day from January to August. This is down by 6% from the equivalent period in 2018 when £265m was spent each day and down by nearly 8% from £270m in 2017.

Search Acumen says the effect of Brexit uncertainty on day-to-day commercial real estate business is clear in the data. In 2017, the busiest day of the year – 12th October – saw £4.9bn spent by commercial property buyers: 37% more than 2019’s biggest day so far which saw transactions worth £3.1bn completed on 29th July.

Furthermore, only nine of the top 50 days from 2016-2019 for commercial property purchases by amount spent have occurred this year.

The busiest day for commercial real estate transactions on record at HMLR – 31st March 2016 – saw more than double the transactions (5,961) of 2019’s busiest day: a result that was impacted by a rush of buy-to-let purchases ahead of a stamp duty rise for landlords and second home buyers.

While daily transaction activity has been hit by Brexit uncertainty, appetite for the largest commercial property deals remains.

However, while mega commercial real estate deals have continued to be transacted in 2019, deals over £1m in value have fallen. Only 7,443 deals valued between £1m and £50m have been transacted during the first eight months of 2019, just 56% of the 13,238 completed during the twelve months of 2017.

Caroline Robinson, commercial real estate business development manager at Search Acumen, commented: “Politicians have frequently told us how bad things could be without a Brexit decision, but the commercial real estate sector is already feeling the pain of indecision every day. Our study has likely only confirmed what the industry has known for a while – 2019 has been a year of ‘wait and see’ as more transactions have been cancelled or put off until after the General Election and the Brexit decision has been made. Simply put, less commercial real estate business is being done this year as so much about the country’s economic outlook and future remains up in the air.

“However, while we all wait for a Brexit outcome to release the bottleneck that the political situation has created, it is heartening to see that ‘mega’ commercial deals of more than £50m and £100m are still in vogue. This tells us that there is still plenty of confidence in the UK real estate sector and that for those who can be a part of such a large scale of development and sale, business is still good.

“With indecision likely to remain into 2020, now is the opportunity for firms in the commercial real estate sector to assess how they can be best placed to take advantage of an eventual upswing in the amount and volume of transactions. Today, too much real estate business still takes place on paper and is hugely inefficient. But, by integrating big data and smart automation into transactional processes that haven’t changed in decades, developers, planners and their lawyers can elevate themselves into a consultancy role.

“The smartest real estate firms are gearing up for more business in 2020 by looking at how to make real estate transactions faster, more accurate and more conducive to 21st century business. Those that can offer clients a faster and simpler way of transacting property will be well placed to win. The full digitisation of the real estate industry is the future, so the time to act is now.”